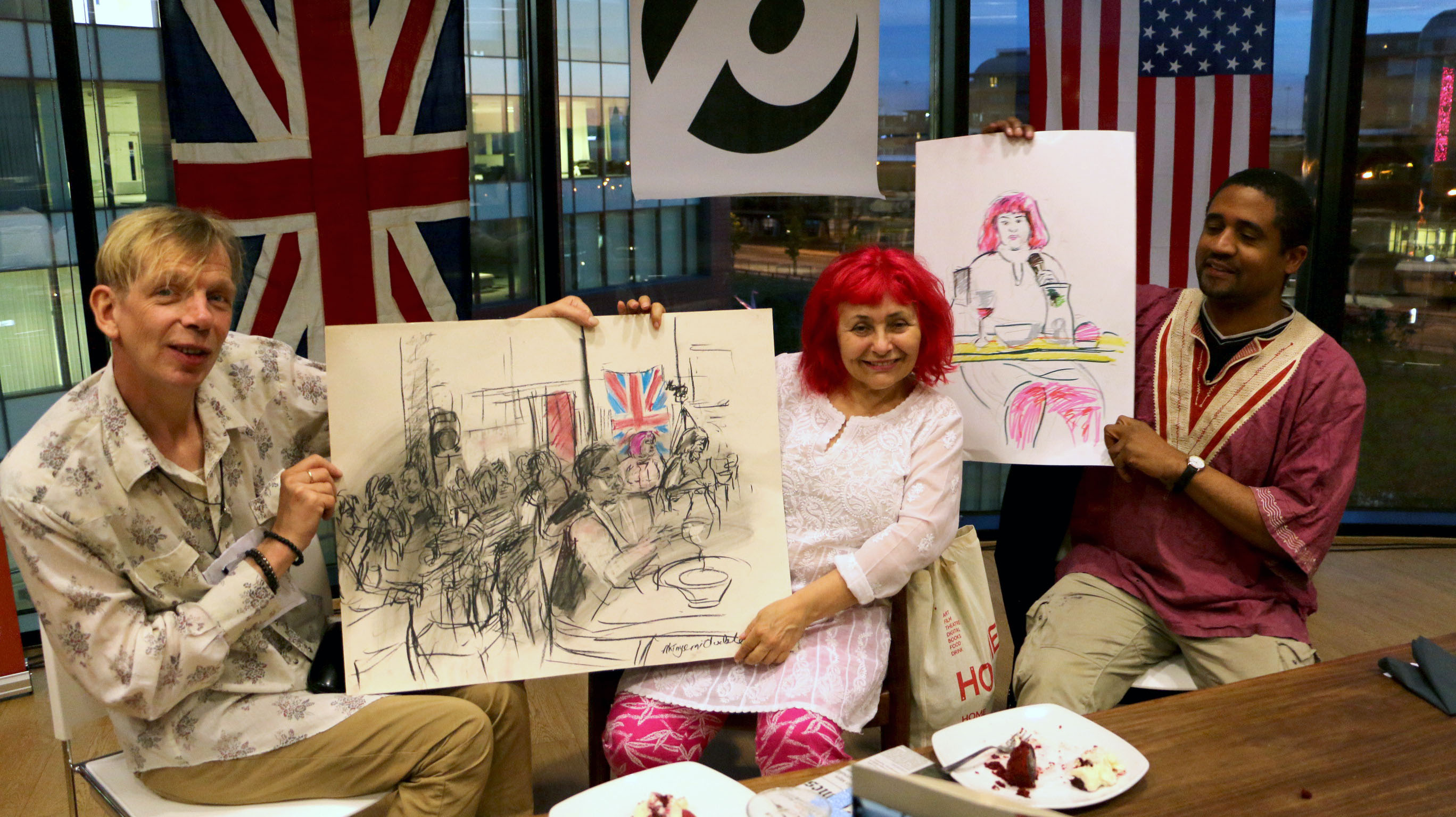 Penny Arcade became one of Andy Warhol’s Factory Superstars in the 60s and worked with avant garde film maker Jack Smith. Pool Arts has been using project space in Castlefield Gallery’s New Art Spaces and this year developed Dreaming Of New York, which culminated in A Dinner with Penny Arcade – a performance event at HOME.

Pool Arts members will be travelling en masse to London on 19th November during London run of her hit show: Longing Lasts Longer at The SoHo Theatre,which premiered earlier this year at The Edinburgh Festival. Penny will be hosting a workshop with the Pool Arts, responding to their Dreaming of New York exhibition.

About Pool Arts: Pool Arts, set up in 1999, is run and managed by its members – some of whom are disadvantaged through their experience of mental or emotional distress, and who have found involvement in the arts may support recovery. Their group projects range from creating an art gallery in a garden shed on local allotments, to an ambitious artistic exploration of the history of mental illness at People’s History Museum in 2014

Through Arcade, iconic Manchester performance artist David Hoyle, also known as The Divine David, has also agreed to become a patron of the charity.

Pool Arts first made contact with Arcade when artist Nicola Smith made a video work in tribute to the performer after reading her book “Bad Reputation”. Smith learned one of Arcade’s performances by heart and mimed the whole thing on a self made video, filmed in her bathroom mirror. When she sent the video to Penny Arcade, Arcade loved it, posted it on her own Facebook page and the resulting comments from her fans formed the basis a new work by Nicola Smith titled There’s Only One Penny Arcade. Looking for connections in New York to inform their exhibition, Arcade responded positively to being invited to take part Pool Arts’ exhibition and also to visiting Manchester in July this year and establishing a relationship with the organisation.

Penny Arcade says: Pool Arts harnesses their collective energy to live and create outside of the illusionmarket and media, Pool Arts is the little arts collective that could!

Artist Chris Chapman, one of the Pool Arts members says: Meeting Penny Arcade during our event was to experience an extended, wonderful moment in my life! My son came along and he finally saw that I exist as something other than a mum – I’m an artist with Pool Arts. Being part of Pool Arts means we all contribute something to developing a project – and when it all comes to fruition, it’s an achievement for everybody – and nothing compares to that feeling of pride and connection .

Pool Arts is a charity and company limited by guarantee. They offer peer support, temporary studio space; a chance to help run the organisation, take on management roles and opportunities to exhibit and take part in projects. They offer mentoring through visual contemporary artists James Bloomfield and Alison Kershaw. They are completely self funded and rely on donations and small grants. www.poolarts.org

Supported by the National Lottery through Arts Council England. To find out more about the Arts Council visit the What we do section of our website